What’s all the fuss about Fortnite?

“Fortnite is the worst thing on the planet right now!”
“Settle down, it’s just another fad, give it time – it’ll blow over.”

Gaming always polarises people. For most people, it’s either ban it or be cool about it. ‘Fornite’ is now the most popular game on the planet and the same arguments are going around. My take on it comes from a few perspectives: media effects theories, brain science, over 15 years of teaching experience and 16 years of parenting.

What do studies say about gaming and its effect on young people?

Theorists have looked at media effects for over a century now and have come to some very grounded conclusions about any type of media and how it affects us. In the early days, many believed what is known as the Hypodermic Needle theory of media effects. In all communication theories, there is a sender (the media form) and a receiver (the audience). In the case of the Hypodermic theory, there was a belief that the message would directly affect the receiver, like a hypodermic needle injecting the message into the brain.

This was debunked early on because they that it was ridiculous to say that audiences believe and act on everything that they see on television or other media. However, it would appear that the media still has some influence because the advertising industry has built its success on something. So, after a number of years, theorists eventually developed theories to identify how the media does influence audiences and to what extent.

The Reinforcement theory said that the media reinforces your currently held beliefs and the Agenda-setting function theory states that the media can’t tell you what to think, but can set the agenda for what you think about.

When it comes to video games the answer isn’t a simple one where we can link games directly to violence or other societal evils. The Reinforcement theory would indicate that some people already predisposed to a particular will be influenced more strongly by that .  The Agenda-setting theory would also indicate that if we allow the media through children’s use of technology at a young age to set the agenda for what they think about – they’ll think about it.

What about the brain science?

Brain science is a very new field in the sciences because its only in the last 10-15 years that our technology has enabled us to delve deeper into how the brain works and more longitudinal studies have been made available. There are a number of areas we could cover in relation to Fortnite and other games, but the main ones are the management of dopamine and the development of executive function in children and adolescents.

Unless there have been dramatic changes to teacher education in the last few years, all teachers are required to take a psychology unit at to better understand a child’s psychological development. Part of those studies developmental psychology that tells us that there are physical changes that occur in the brain from childhood to adolescence. Less has been said about changes from adolescence to adulthood.

These ideas basically tell us that, in the area of executive function, children can’t physically think like adolescents and adolescents can’t think like adults. It’s physiologically impossible. Executive function is formed in the frontal lobe of the brain and is responsible for decision-making. The reason teenagers more easily take risks is due to an underdeveloped frontal lobe that can’t foresee consequences as well as an adult. These fully form sometimes into people’s 30’s, so it’s not necessarily linked just to adolescents.

Pair this with a video game and you have a recipe for very unhealthy because the game is here and now, it’s fun and there couldn’t possibly anything bad that could happen. As a matter of fact, I’m not even considering anything beyond ‘this game is fun and you’re spoiling my fun if I can’t play now.’

Enter dopamine. This is the chemical your body uses to make you feel pleasure. The brain science on this one is that the more you try and get a thrill and activate it, the more dopamine is released. The brain can’t be on a constant thrill ride, just like you feel tired after a burst of adrenaline, it has to recover or compensate. It creates a dopamine barrier so that it takes more effort to release the dopamine. More excitement is needed like the next great game or the next new thing and the cycle continues.

So what’s my take away on Fortnite?

I personally think it’s like every other game and fad, it will come and go and it contains all the usual problems listed above. There are a few interesting things to consider about this one:

My final word on the issue is academically and in life, time management is a skill that demands constant attention. This requires delayed gratification which is excellent character development for anyone.

Games like Fortnite, or any other new online fad, take a sledgehammer to time management and delayed gratification. If we want to build good character in our children, we need to make sure that their focus is on being producers in our society and not consumers.

Time is our most precious commodity and we can either use it to enhance our lives and the lives of others or squander it. I’m pretty sure we’d have some excellent solutions to our world’s problems if we didn’t spend as much time on Netflix and every other time-waster the Internet has brought us.

On a lighter note, some mums who thought they’d have some fun with the way their kids behave when playing Fortnite – enjoy. 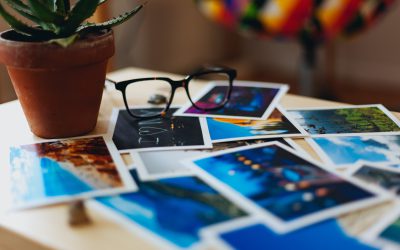 Facebook, Instagram, Snapchat, Pinterest, Twitter, WhatsApp, Discord... it seems that as the internet continues to grow, it is becoming more and more focused on the sharing of photos. In addition to this, as the smartphones in our pockets continue to have better and...

END_OF_DOCUMENT_TOKEN_TO_BE_REPLACED 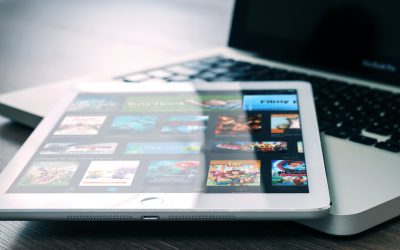 This week I got an email that started with the line "We are very proud to announce that King's Christian College has now attained eSmart Status! This is a wonderful achievement." The email was from eSmart Schools, an initiative of the Allanah and Madeline...

END_OF_DOCUMENT_TOKEN_TO_BE_REPLACED

Children with Internet-connected and camera-enabled devices can often be caught out when the technology outranks their maturity and their ability to see the future consequences of their actions. This video gives an insight into the impact of the humble selfie on our...